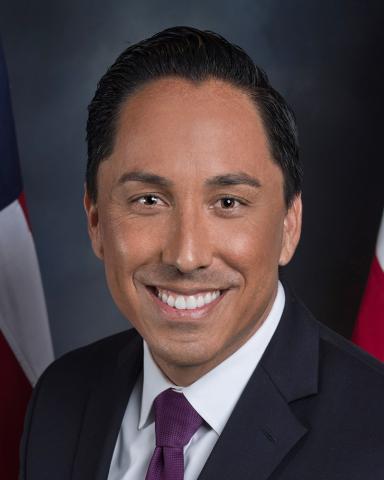 If you truly care about something, then you should leave it better than you found it. That lesson was instilled in Todd Gloria by his parents, and it motivates him to improve San Diego and the state of California every day. As the California State Assemblymember for the 78th Assembly District, Todd proudly represents the central coast communities of the city of San Diego as well as the cities of Coronado, Del Mar, Imperial Beach, and Solana Beach – a combined population of more than 450,000 residents. Previous to his election to the California State Assembly, Todd served as the San Diego City Councilmember for the Third Council District. He also served as the City of San Diego’s Interim Mayor and was appointed by his colleagues on the City Council to two consecutive terms as the City Council President. As a city councilmember, Todd is credited with bringing thousands of affordable housing units to the city of San Diego and helping reallocate the city's limited homelessness service funds toward results-oriented programs. Further, Todd also paved the way for San Diego's first permanent homeless services center and housing facility. Through his tenure as Interim Mayor, Todd is widely credited with restoring the public’s trust in city government. He was able to strengthen the City of San Diego’s organizational structure and developed a groundbreaking, legally enforceable Climate Action Plan, which calls for annual reductions in greenhouse gas emissions throughout San Diego by 2035. For more than half of his tenure on the San Diego City Council, Todd led the development of the city’s budget as the Budget and Government Efficiency Committee Chair. His thoughtful, collaborative, and fair approach resulted in the stabilization of city finances after years of cuts and the restoration of critical services such as library hours. As the city rebounded from the global recession, Todd championed increased infrastructure investment resulting in hundreds of miles of smoother roads. Known as one of the most accessible elected officials in San Diego, Todd remains in close contact with neighbors throughout his District. He credits San Diegans for keeping him focused on the issues that matter most in their communities. Prior to his career in public service, Todd served as the District Director to U.S. Congresswoman Susan A. Davis and worked for the County of San Diego’s Health and Human Services Agency. In a volunteer capacity, Todd served as a San Diego Housing Commissioner from 2005 to 2008 and as a member of the Mid-City Prostitution Impact Panel. Todd is a graduate of the University of San Diego and an enrolled member of the Tlingit Haida Indian Tribes of Alaska. A native of San Diego, he lives in the neighborhood of Mission Hills.