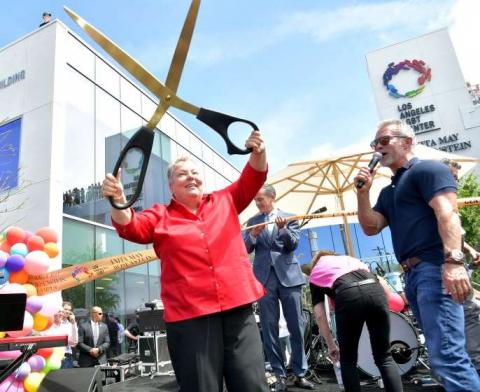 “It is impossible to encapsulate Lorri Jean’s full impact on the LGBTQ community, but she has been a pioneer and a force to be reckoned with during her four-plus decades of advocacy. Lorri Jean will leave the Los Angeles LGBT Center as one of the most influential people to ever take up the fight for equality, and we’re especially grateful for the way she has shepherded the Los Angeles LGBT Center into a world-renowned organization. Under her stewardship, the center now has multiple campuses, a fully functional health care center and pharmacy, transitional housing, and a retail café that is staffed by graduates of the center’s culinary arts program — and all of this barely scratches the surface of Lorri Jean’s accomplishments. We wish her the best as she moves closer to retirement, knowing full well that her legacy of saving lives and empowering members of the LGBTQ+ community will endure for generations to come. We also look forward to continuing our work with incoming Executive Officer Joe Hollendoner, who has been exceptional during his time with the San Francisco AIDS Foundation. We have no doubt Joe will build upon the incredible foundation Lorri Jean has put in place.”